Acid reflux or gastroesophageal reflux disease (GERD) is a condition whereby stomach acid flows back to the food tract (esophagus). This irritates the lining of the esophagus. There are mild cases of GERD that people can easily cope with using over the counter medication and a change of lifestyle. However, there are severe cases that may require surgery or stronger medications.

Read: What is Acid Reflux? 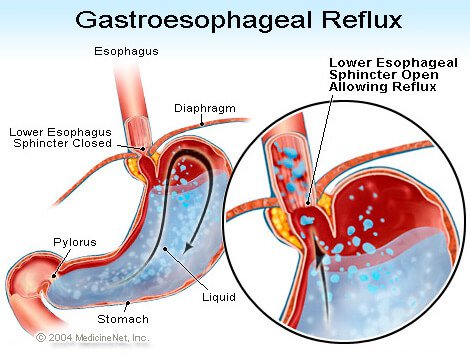 Common symptoms of acid reflux include:

When food is swallowed, the lower esophageal sphincter (circular muscles at the bottom of the esophagus) relaxes to allow food and liquids to enter into the stomach. Once the swallowing is through, the sphincter closes. The stomach acid therefore flows back to the food duct because the sphincter is weak or it relaxes abnormally. Constant acid refluxes irritate the esophagus and may lead to its inflammation.

Factors that increase acid reflux include:

Factors that aggravate GERD include:

Chronic inflammation in the esophagus can lead to: