When speaking of epilepsy symptoms, the only visible symptom of this disease is seizures. There are various seizure types and symptoms of epileptic seizures are different in most cases. 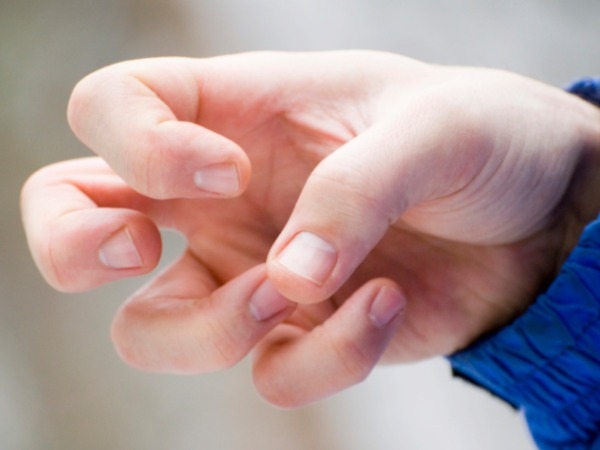 Generally speaking, seizures last from a few seconds to minutes. People act differently while having these signs of epilepsy. Some remain alert in the duration of the seizure, while others lose consciousness. In some cases, people cannot remember what happened during the seizer or may be completely unaware that this epilepsy sign has actually happened.

Many seizure types make patients fall to the ground and make the muscles jerk out of control. These are easy to recognize, but there are some seizures that are not presented in such an active way. These epilepsy symptoms may be harder to notice and recognize. Such symptoms include staring into space, a couple of muscle twitches, head turn or visual disturbance that only the patient can sense.

Symptoms of epilepsy often happen without any particular reason or warning. However, in some cases, people can sense an aura at the start of the seizure. Generally speaking, seizures can be of two types: partial and generalized.

The seizures are epilepsy signs also referred to as fits, convulsions, and spells. They are also sometimes confused with seizures that are not a result of abnormal electrical brain function, called psychogenic seizures. These seizures are psychological responses to factors such as injury, stress and emotional trauma.

The behaviors that occur while a patient is having a seizure can vary greatly. Also, not all changes in behavior are considered to be seizures. There are certain symptoms that may be a result of other medical problems.

Seizures are unpredictable in most cases. You cannot predict where and when a seizure may occur

In most cases, seizures last from a few seconds to a few minutes

Seizures are not permanent – they come and go

Seizures are re-occurring and the symptoms are similar every time they occur.

There are various feelings and behaviors that result from seizures. These may occur at the beginning, the middle or even when the seizure ends. Sometimes they are somewhat of a warning that a seizure is occurring, but in most cases, they are a part of the seizure.

If you experience any of these symptoms, start keeping track of what is happening during this time in order to be able to share the information with the doctor.

Warning epilepsy signs or epileptic seizure signs can include:

Very often, especially in kids, epilepsy seizures are not something they remember. Patients may not remember anything about the seizure and therefore, will not be able to describe the symptoms. Therefore, the person present when this happens should record what the seizure looks like and make sure to pay attention to some factors that may trigger the seizure. Anyone who observed the particular seizure can provide the doctor with valuable information in order to help in the process of diagnosing the patient.

Sometimes, people are showing partial seizures that often do not show any epilepsy signs. Asking these patients about their symptoms is the only way to understand the seizure.

Isolated seizures are not always epilepsy signs. There are certain seizures that can be triggered by other factors, such as fever, illnesses, medication, injury or trauma. There are many events that look like seizures but are not really epilepsy symptoms.

However, if you experience a first seizure, you should always rush to the doctor in order to evaluate it. Seizures come in many forms.

Epilepsy Signs according to Seizure Types

There are many possible symptoms of complex partial seizures, including:

The possible absence of seizures signs are:

The possible symptoms of epilepsy of myoclonic seizures may include:

Some of the possible epilepsy signs and symptoms of atonic seizures include:

The possible tonic-clonic seizure signs and symptoms include:

These seizures occur in newborns and are most often subtle and short. Neonatal seizures can include the following symptoms:

Infantile spasms usually begin in the first year of the life of an infant. It mostly begins between 3 and 7 months. Some signs of infantile spasms include:

Recording Symptoms and Signs of Epilepsy

Keeping track of the symptoms and the signs of epilepsy is the most important thing when it comes to epilepsy diagnosis. If you wish to keep track of your symptoms, you should pay attention to:

As you have noticed, there are many epilepsy symptoms that mainly depend of the type of seizure of the patient. In order to set a proper diagnosis, a doctor must be introduced to the symptoms of the epileptic attack.