IBS symptoms are very difficult to diagnose since they can differ a lot from a person to person. The majority of irritable bowel syndrome symptoms actually come and go with lifestyle changes and conditions such as stress, which makes the whole process a lot more complicated. Generally speaking, every patient of IBS will experience the symptoms of IBS differently, in terms of both frequency and severity. 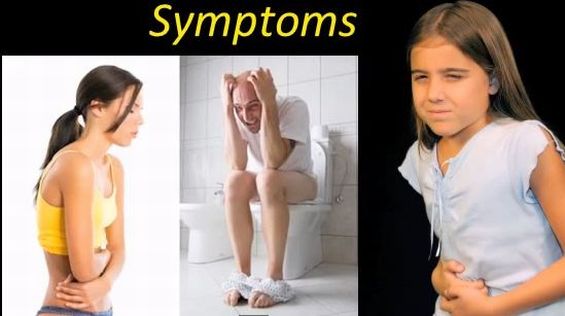 As you may already know, IBS or irritable bowel syndrome is a medical term that describes a digestive disorder. There is a group of more common irritable bowel symptoms, such as bowel movements changes and abdominal pain and some symptoms that are more characteristic for a smaller group of people. Statistics show that there are over 10% of the world’s population that suffers from IBS. The condition can affect everyone, but is most common among women, more specifically, middle-aged women. According to researchers, there are twice as many women diagnosed with IBS than men.

There are not specific and completely accurate tests for the IBS, although there are several that can point to that direction. In terms of diagnosing IBS, doctors must track the symptoms of irritable bowel syndrome. This condition is diagnosed when several or more of the known IBS symptoms occur together for a period of at least several months.

According to the International Foundation for Functional Gastrointestinal Disorders, abdominal pain and discomfort are the most common signs of IBS. Additionally, bowel habits changes can also be considered some of the biggest signs of irritable bowel syndrome. Under bowel habit changes, we think of the consistency of stool and frequency.

Even though there is no specific test for IBS, people can treat them naturally. Changing the lifestyle by exercising and trying out an IBS diet is the best way to cope with this condition. Still, in order to do that, one has to identify the IBS symptoms.

Irritable Bowel Syndrome is a condition that is being diagnosed when a person experiences symptoms for a period of at least 3 to 6 months. The reason why the period has to be so long is that it is not uncommon at all for people to have times when they experience stomach pain or trouble going to the bathroom. Sometimes, it is normal that the stool of people appears different than it does usually or this may be a result of a different condition. There are many causes of such pain or symptoms and this is why it is extremely important that the duration of the symptoms is longer when diagnosing IBS.

Aside from duration, doctors pay attention to the frequency of the symptoms in the duration of the period that the person is experiencing them. For a person to be diagnosed with IBS, the symptoms must be present for a minimum of three days monthly and in most cases, much more often than this. In some cases, there are several symptoms that occur together, while in others people experience only one symptom or perhaps two. In the second case, it is usually those symptoms that are very noticeable.

The most common symptoms of Irritable Bowel Syndrome include:

Changes in bowel movements include diarrhea and constipation. As we said, cases of IBS can be different depending on the person, so some people experience one more than the other or have episodes of the two. Some people, on the other hand, may experience only one.

Diarrhea is a condition of a loose stool that makes a person go to the bathroom more than once in a day. Constipation means that a person is experiencing less than three bowel movements in a week. Additionally, a person is considered to be suffering from constipation when they feel like they cannot pass the stool they need to pass.

2. Changes in the Stool Appearance

When we say a change in appearance, we think of color or texture, or both. There are cases where people have a stool that is looser, changes the color it normally has or even appears in combination with mucus. People all have a different stool, hard and small, loose, watery, pencil-thin, but changes in stool are not good if the change is consistent.

Sometimes a change in the stool may be a result of the food or beverages one has consumed, but if this symptom is occurring more often, the person should visit the doctor’s office and check for irritable bowel syndrome.

People with IBS syndrome may experience constant gas, which can be very unpleasant. Of course, gas can be caused by the food we are consuming, but when it happens more often, this is an indicator of irritable bowel syndrome.

As is the case with gas, people with Irritable Bowel Syndrome also burp often.

Stomach bloating is a very common symptom of IBS patients, especially for those who experience constipation too. When a person cannot go to the bathroom, their stomach often bloats.

People with IBS often experience pain and aches in the abdomen. The cramps that irritable bowel syndrome patients may feel are very similar to those women feel when they are in their menstrual cycle.

Acid reflux is a condition when the acid enters the esophagus and the person is experiencing a variety of symptoms, the most common one being heartburn. Pain in the chest or heartburn is one very common symptom of IBS.

The majority of acid reflux symptoms usually go away after a person starts going to the bathroom regularly, for at least several days in a row.

Aside from the common irritable bowel syndrome symptoms that we listed above, people can also experience some less common ones that are not really related to the digestive system:

If a person wants to get rid of these symptoms, that can be also done in a natural way. For example, one may decide to opt for a different diet that avoids common allergens. Every person has a different reaction to a specific food, but this is exactly why one can define which food causes their IBS symptoms and try to avoid it. Generally speaking, there are some foods that doctors recommend IBS patients should avoid, such as gluten, added sugar, refined flour, caffeine, alcohol, spicy foods, conventional and pasteurized dairy, etc.

Instead of these, people should opt for more enzymes and supplements like L-glutamine, aloe Vera, digestive enzymes, probiotics, omega-3 fish oil, etc. And finally, irritable bowel syndrome patients are highly recommended to reduce their stress naturally, if possible. Regular exercise is also an important part of IBS treatment.

The Irritable Bowel Syndrome and the Inflammatory Bowel Disease or IBD are similar and often confused but are actually very different. The latter is a much more serious condition that may be life-threatening in some cases. Additionally, the symptoms of this disease are more apparent and severe and differ from those of the IBS.