Epilepsy is a chronic disorder with the main symptom being recurrent, unprovoked seizures. This is the fourth most common neurological disorder in the world. If you are wondering what is epilepsy, you should know that it carries the same meaning as ‘seizure disorders’. 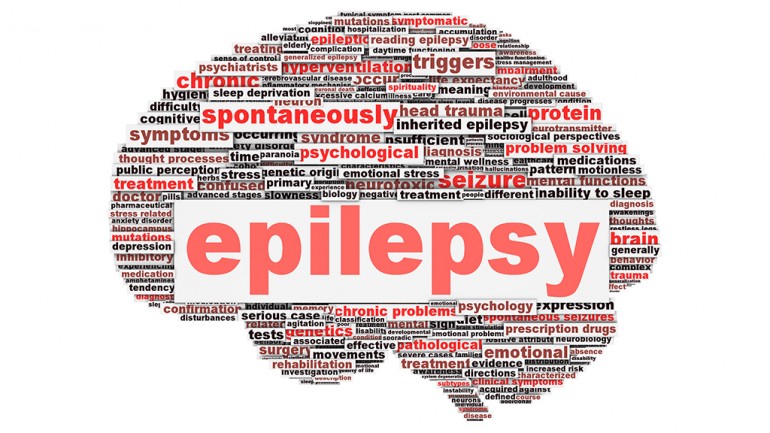 Epilepsy is not only characterized by seizures. It can also be the cause of other health problems. Additionally, it is characterized by many different seizure types. The majority of people diagnosed with this disorder have more than one type of seizure and can also experience other neurological symptoms at the same time.

The source of human epilepsy can be found in the brain. However, the epilepsy symptoms may still affect any other part of the body besides the brain. The location of the seizure, the way of spreading and the amount of brain affected are the key factors in the representation of the disease. These factors are the ones that determine the seizure character and the impact it can leave on the individual.

Seizures and epilepsy can result in bad effects on the safety, work, relationship, and health of the patient. Usually, the biggest problems connected with epilepsy are a result of wrong information shared in the public and improper treatment of people with epilepsy. These can be more serious than the actual seizures.

A diagnosis of epilepsy is set if a person has one or more seizures that are not caused by a known medical condition. These seizures may be related to genetics or some kind of brain injury, but in most epileptic cases, the cause is unknown.

Many people mistake these two terms. Seizures and epilepsy are not the same things. An epileptic seizure can be defined as signs and symptoms that can result from an abnormal synchronous or excessive neural activity. On the other hand, epilepsy is a disease that is characterized by the predisposition to generate these seizures. Therefore, a seizure differs from epilepsy in the sense that it is the disease, whilst seizures are the symptoms and signs of it.

A seizure is a sudden brain activity surge that is electrical. This can usually affect the way a person acts or looks for the duration of the seizure When a person is having a seizure, the electrical activity appears as a result of certain chemical changes in the nerve cells.

The brain cells can inhibit or excite other brain cells from sending messages. When a seizure occurs, there is a limited activity that in term causes an imbalance between the cells that excite and those that stop the messages. These changes lead to a seizure.

The type of seizures can vary according to the lobes of the brain. Different brain lobes control different movements, experiences, and behaviors. Generally, about half of the people who have one seizure without any clear cause will have another one within the following six months.

People who have a seizure to which the cause is determined and known, such as brain injury or another brain condition, are more likely to have a following seizure than those who don’t.  In cases where two seizures have already occurred, the chances of a third one reach 80%. More seizures are also likely to develop in cases where the patient is diagnosed with some abnormalities on a neurological basis.

Seizures appear in many forms and affect every individual differently. When a seizure occurs, the parts of it are not always visible. Sometimes they cannot be differentiated either.  The symptoms and stages are also not common for all patients.

The middle of the seizure is referred to as the ictal phase, while the ending is called the postictal phase. The first defines the electrical activity of seizure in the brain. The latter is the recovery period that follows after the seizure ends. Some people can recover immediately, while others may need more time to recover. Sometimes this can even be as long as hours.

Epileptic seizures have three phases: beginning, middle, and end. These parts are not all visible and easy to separate from each other.

People may or may not be aware of the beginning of a seizure. Whilst some can feel it hours and even days before it happens, others may experience no warning whatsoever.

The middle of the seizure is referred to as the ictal phase. This phase is defined as the period from the appearance of the first symptoms to the end of the seizure. Sometimes there are visible symptoms that last longer than the EEG shows. This is because some of the symptoms are not part of the seizure, but some kind of after-effects that follow.

When people are in this phase, they experience:

Even though this is the ending of seizures, some symptoms are still present. These can include confusion, sleepiness, and memory loss, inability to respond right away, feelings of lightheadedness, depression, sadness, fear, and anxiety. Additionally, people in this phase may have injuries such as cuts, broken bones and bruising. They may feel exhausted or suffer from some kind of pain such as headaches.

Epilepsy is a serious disease for which there may or may not be a proper treatment. This all depends on the individual who is diagnosed with the disorder. People who suffer from this disease can live a normal life in most cases.