Diseases & Conditions
Sleep Disorders
Sleep Apnea
✓ Evidence Based
Sleep apnea is a sleeping disorder that occurs when people experience periods of shallow breathing or pauses in breathing during sleep. Each pause or shallow breathing period can last up to several minutes and may also occur several times at night. For many people, sleep apnea is also characterized by snoring, most commonly loud one. Also, in some cases, patients may produce snorting or choking sounds as soon as the sleep apnea symptoms stop and the person resumes with normal breathing. 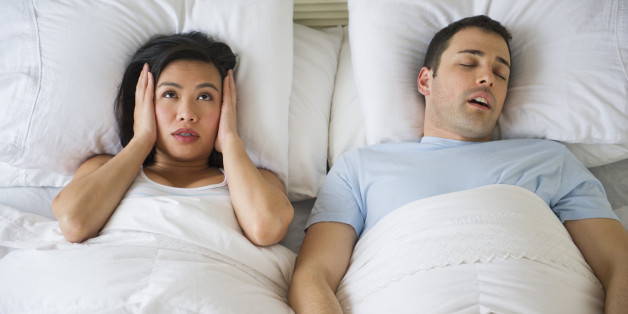 Sleep apnea may not wake up the person, but it definitely disrupts the sleep and affects the condition of the person when they wake up. The majority of people who suffer from sleep apnea feel tired or sleepy when they wake up and during the day. In the cases of children, hyperactivity can show as a result.

Now that we have explained what is sleep apnea, we are going to speak of the forms of this condition, risk factors, epidemiology and history of the disease.

Sleep apnea comes in three forms: obstructive, central and a mixed for of the two. In most cases, people with sleep apnea are not even aware that they suffer from this condition until the point that a family member notices it. When a person goes to the healthcare provider with this issue, they are usually diagnosed with sleep apnea after a performed sleep study. For a diagnosis to be set and certain, the person must experience more than five episodes of this condition in an hour. 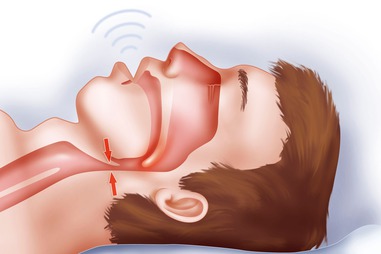 Without proper treatment, this condition can cause some serious problems. If left untreated, sleep apnea is known to increase the risk of stroke, diabetes, heart attack, irregular heartbeat, heart failure, obesity, etc.

Sleep apnea is a common condition that can affect all people, regardless of their age, race or sex. However, as is the case with many medical conditions, sleep apnea has also risk factors, including:

Out of the three types of sleep apnea we mentioned, the OSA is the most common with approximately 84% of all diagnosed patients. The remaining 0.4% go to CSA, while 15% of all cases are a mixture of the two types.

When the collapsible walls in the human airway obstruct the breathing, sleep apnea occurs. The airway is actually composed of soft tissue in the form of walls and when the muscle tone relaxes as soon as a person falls asleep, this can collapse and cause difficulties breathing. Many people experience solely a mild sleep apnea that happens on occasions like, for example, if they have an upper respiratory infection. This is not at all serious. The serious sleep apnea cases are those which are chronic and need immediate treatment in order to prevent sleep deprivation, hypoxemia, and other complications.

Obese people, for example, have a lower muscle tone around their airways because of the weight. These features make them at higher risk for OSA.

Generally speaking, people that are elderly are more at risk of developing OSA than young people and so are men over women and children. However, this condition can occur in all ages and sex. Additionally, it is now reported that those who suffer from diabetes or are borderline patients of diabetes have an increased chance of developing OSA that range up to 3 times more than those who do not have diabetes.

In the case of OSA, the majority of patients are recommended certain lifestyle changes such as avoiding muscle relaxants or alcohol and losing weight. Additionally, people who suffer from obstructive sleep apnea are recommended to elevate the upper body for at least 30 degrees. When this is done, the collapse of the airway is prevented due to gravitation. Others may be recommended to sleep on their side instead of their back since the gravitational component is known to be smaller in this particular condition.

The most common symptom of this type of sleep apnea is snoring. OF course, not everyone snores as a result of this condition, but this is usually the biggest predictive of the condition.

OSA must be treated, especially because of the result of the latest research regarding the brain in OSA patients. According to this research, people who are diagnosed with OSA have shown tissue loss in the memory storing part of the brain. This is why OSA is now commonly linked with memory brain.

This type of sleep apnea is also called the Cheyne-Stokes respiration. In this case, there is an imbalance in the respiratory control centers of the person while they are asleep. The carbon dioxide blood levels and the neurological mechanism that monitors these and sends feedback simply cannot function rapidly enough to maintain a good respiratory rate, which causes patients to experience apnea and hyper apnea. More specifically, patients actually stop breathing and start breathing all over again. However, this is usually not noticed by the patients since they do not make an effort to breathe during this pause period, nor do they struggle or move the chest.

When apnea occurs in the CSA cases, this is usually followed by faster breathing called hyperpnoea. This is the body’s way to blow off the gases that remained in the body and absorb the necessary oxygen the body needs.

When people are asleep, their body is resting. The cardiovascular workload of a healthy individual is resting and their breathing is regular in the sense that both the oxygen and carbon dioxide levels are stabilized and constant. When there is an excess of carbon dioxide in the body or a drop in oxygen, the brain’s centers for respiration act fast since they are stimulated to make the person breathe again. However, when a person is suffering from central sleep apnea, their control of the brain for breathing is somehow malfunctioning, which leads to delayed signal to inhale and exhale, due to which the person misses cycles of breathing. When there are more cycles of breathing missed, the oxygen in the body may drop to a level that is lower than the normal one, while the carbon dioxide level increases.

In the majority of cases, central sleep apnea is a chronic condition that does not go as far as limiting the brain cells of oxygen and causing brain damage or death. Instead, this condition has milder effects which usually depend on the characteristics of the patient and their treatment.

In more cases than those of the previous type, people experience a combination of both obstructive and central sleep apnea. This condition, in most cases, is detected and diagnosed in cases where treatment for obstructive sleep apnea includes CPAP and the other type of apnea emerges.

The reason why this combination occurs is not known just yet, but it is thought that it is probably a result of incorrect CPAP treatment or other conditions of the patient.

It was William Osler, a 20th-century physician who first explained this condition as a syndrome called the Pickwickian Syndrome. Interestingly, even Dickens used a description of Joe, the fat boy with a clear picture of sleep apnea in his novel The Pickwick Papers.

Once the continuous positive airway pressure of CPAP was introduced as a treatment for sleep apnea, the management of this condition reached a much higher level. Colin Sullivan from Sydney was the first to introduce this treatment in 1981 and even though the first models were noisy and even bulky, it was very soon that this treatment became widely adopted and recommended.

According to an estimation made by the Wisconsin Sleep Cohort Study in 1993, roughly one in every 15 Americans suffer from some form of sleep apnea. This makes the cost for this disease high, especially when patients did not treat or detect the condition in time. In additional medical costs, healthcare for these patients is estimated to be $3.4 billion every year.

Overall, sleep apnea is a chronic condition that is not very severe in the majority of cases. However, if left untreated, this syndrome can lead to much more serious conditions and complications and ultimately, to the death of the patient. Sleep apnea is a condition that prevents people from breathing while they are asleep, at least for a short while, which makes the body suffer since it does not get enough oxygen and does not get rid of the carbon dioxide. The biggest problem with the condition is that, even though there are many treatment options, people who have it can rarely notice it because it occurs while they are asleep. This is why it is usually the family members who notice the symptoms of sleep apnea in the patients.