The most common symptom of acid reflux is a burning sensation in the lower chest area. This sensation can sometimes be described as pain in the chest and can be worsened by bending over or laying down after eating. GERD patients will also often describe regurgitation as a common symptom, a sensation that occurs from acid backing up into the esophagus.

Other less common symptoms that a person may experience include an acidic or sour taste in the mouth, sore throat, nausea, and painful swallowing. 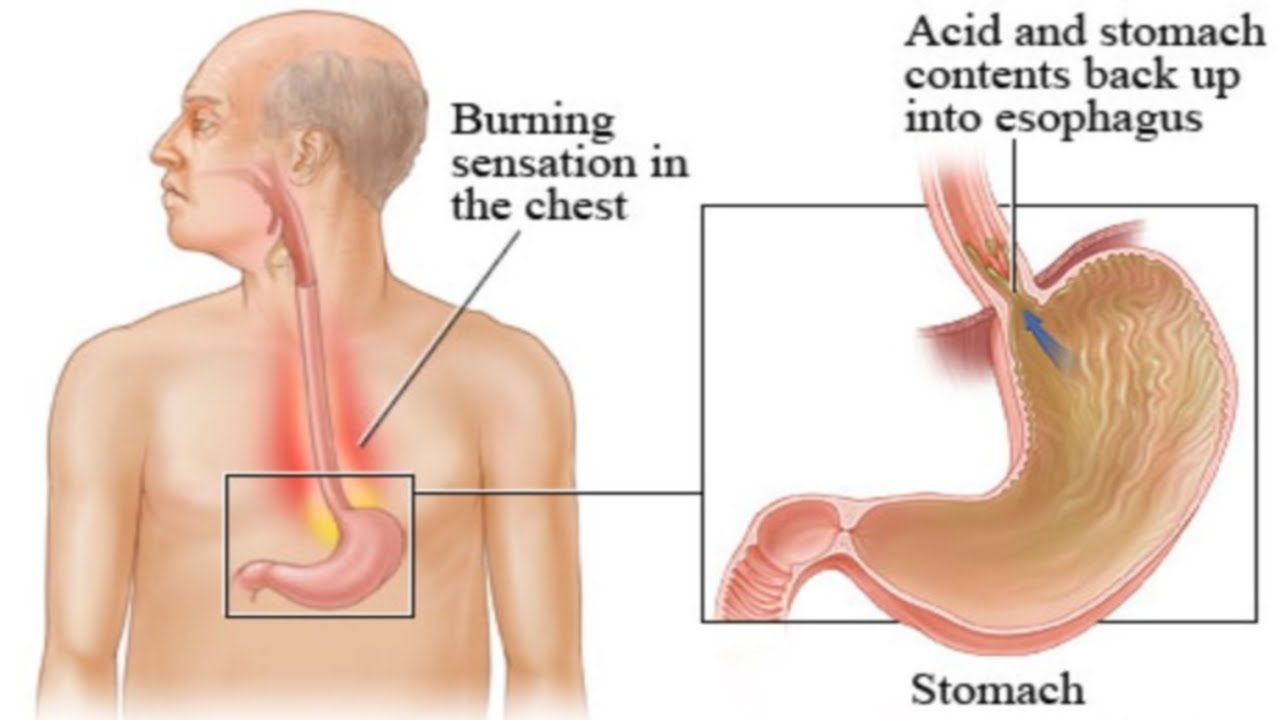 The three most common signs of acid reflux are heartburn, dyspepsia, and regurgitation.

People with acid reflux, especially the chronic variant GERD, often suffer from dyspepsia simultaneously. Dyspepsia, or indigestion, is the sensation of stomach discomfort characterized by stomach bloating, burping, stomach fullness, and nausea. This most often occurs immediately after consuming food.

Regurgitation is the sensation you get when the acid backs up all the way into the mouth or the throat. When this symptom occurs, people experience a bitter taste and a so-called ‘wet burp’. In some cases, you can even vomit.

Other common symptoms of acid reflux include:

Heart palpitations, or the feeling of your heart skipping a beat, is often associated with GERD. Although some people can experience these symptoms simultaneously, they are not likely linked.

Speak with your doctor if you are unsure about your symptoms. If you experience severe symptoms, seek medical attention immediately.

When do the Symptoms Occur?

What are Common Food Triggers of Acid Reflux?

There are certain foods that can trigger symptoms of acid reflux, such as:

In most cases, acid reflux can be well managed and will not result in complications. In some cases where acid reflux is chronic and more severe, complications may occur as a result of damage to the esophagus and surrounding tissues.

Esophageal Ulcer: stomach acid can wear away at the esophagus, eventually leading to an ulcer. An Esophageal ulcer can bleed and make swallowing painful.

Esophageal Stricture: a stricture can be caused by a buildup of scar tissue as a result of chronic acid reflux. This causes a narrowing of the esophagus and can make swallowing difficult.

Respiratory problems: respiratory problems may occur as a result of stomach acid from the esophagus entering the lungs. This can cause symptoms including difficulty breathing, asthma, coughing or wheezing, or infection.

When to Ask for Medical Help?

When medications cannot provide you with relief from the symptoms, you should consult your doctor. Additionally, if you experience any severe or alarming symptoms of acid reflux, you should speak with your doctor immediately. Such symptoms include:

Acid reflux is most often considered an adult condition, but children can experience it too. In babies and infants, acid reflux can cause fussiness or vomiting after feeding. In these cases, it can be difficult to determine whether their symptoms are an indication of GERD or something else. Common symptoms of acid reflux in babies include:

In many cases, simple changes can be made to help manage acid reflux in babies and infants. Feeding the baby in an upright position and ensuring that the infant is sitting upwards for 30 minutes after meals can help reduce the chances of reflux. Some doctors also suggest a thickening formula with rice cereal to reduce reflux. Be sure to speak with your pediatrician if you are concerned about symptoms of reflux.

In older children and teens, acid reflux symptoms can be similar to that of an adult, including heartburn and indigestion. In many cases, diet and lifestyle changes can be made to help manage acid reflux in children. Limiting spicy foods, carbonated beverages, citrus fruits or beverages can help reduce reflux. Offering healthy snacks between meals to reduce portions at mealtime can also help reduce the chances of reflux. If your child experiences nighttime reflux, ensure that your last meal of the day is 3 hours before bedtime to allow food to digest before the child lays down.