Cancer is the leading cause of most deaths worldwide. This is very alarming for people who are exposed to cancer-inducing environments. Some factors of this disease include the sun, pollution, second-hand smoke, stress, etc. Recent studies have shown that even popular foods can trigger it (1, 2). Sounds scary! You might have just eaten one of them while reading this.

Here is the list of cancer causing foods that we should be getting rid of:

It is also termed ironically as “Poison” or “Leach” by most. It has earned its not-so-sweet nickname “Poison” as it is absent of any nutritional value. The nickname “Leach” is created because of the vitamins and nutrients it deprives the body so it can be digested (3). Refined sugar, the sweetener you put in your coffee, the ingredient of your favorite sweets and candies, or the tomato sauce that flavors your spaghetti, has been credited with cancer cells (4). Not so sweet after all. 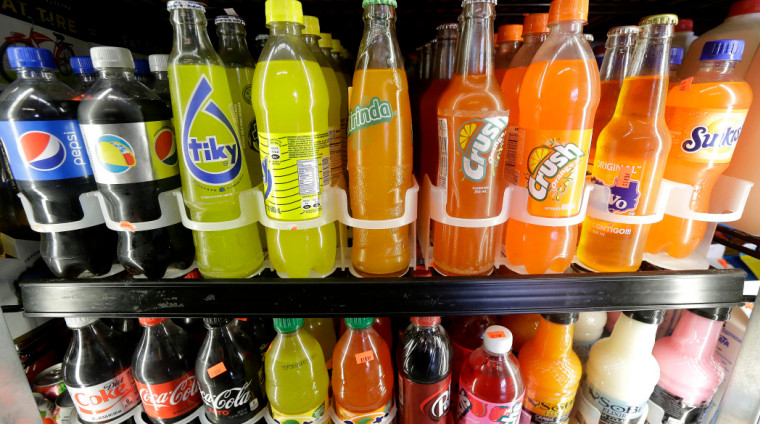 Soda pop gives that refreshing taste caused by all the sugars, colors, and chemicals that add acid to the body (5). All these can encourage the growth of cancer cells. A type of sugar used in sodas, namely fructose, was linked with pancreatic cancer, according to a certain study. 4-methylimidazole in soda was also studied to be a potential carcinogen (6). This chemical turns colas and soft drinks to a delicious brown hue. 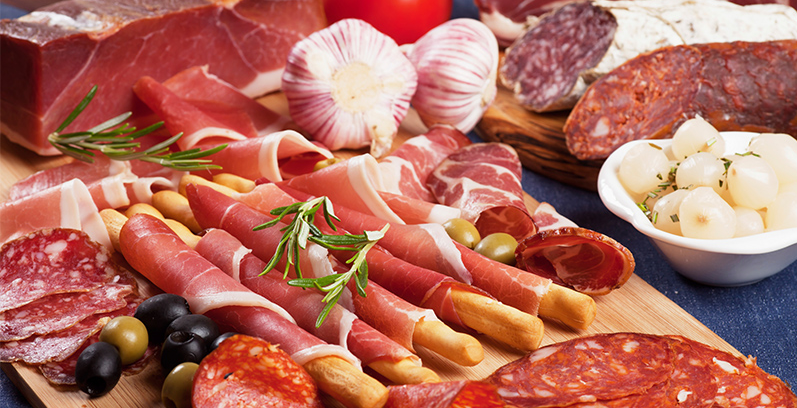 What is the most favorite snack for kids as they stroll through the parks? Hotdogs! But wait, aren’t they processed meats? Additives and chemicals are added to preserve their shelf life and improve their flavor (7). The World Health Organization after reviewing 800 studies (8) concluded that processed meats are indeed carcinogens (i.e. cancer-causing). Eating four pieces of bacon daily raises the risk of getting colorectal cancer by 18 percent (9). Meats of this type are not sold fresh and include sausage, bacon, ham, turkey, sausage, and hotdogs (10).

The World Health Organization (WHO) found out in their studies (11) that red meat is another probable cancer-causing agent in humans. Wow! They discovered a lot! According to them, colorectal, prostate and pancreatic cancers have links from eating red meat. Enjoying a few scraps of meat occasionally is very different from having a daily dose of red meat. Say goodbye to less red meat and hello to healthy veggies.

When one thinks of movies, what suddenly comes to mind? Popcorn! The perfect snack for a movie in the house. Microwavable popcorn, so to speak– a healthy snack containing potassium, iron, and fiber (12). The chemical that lines the microwavable bag decomposes and forms a compound linked with liver and pancreatic cancer (13). Another chemical for its flavoring can cause another condition namely bronchiolitis obliterans (14). Cooling the popcorn before opening it decreases the chance of developing it.

A poison in a peel. That describes a fruit which underwent a bath of pesticides. Some of these pesticides have been linked to cancer (15, 16). In all our effort to shield fruit from insects, we make them dangerous for humans. In the Environmental Working Group’s Shopper’s Guide to Pesticides in Produce, apples, peaches, grapes, and strawberries contain the highest concentrations of pesticides and made it to the list of the “Dirty Dozen” fruits (17). Healthy? Not even close. 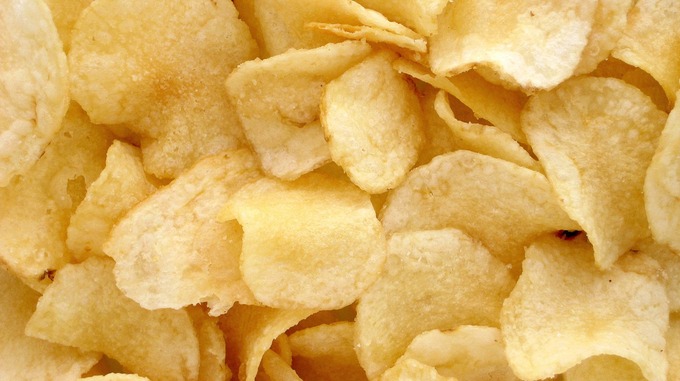 Potatoes contain a cancer-causing chemical that’s activated with high-temperature cooking (18). Frightening, but yes! The chemical, acrylamide, is found in plastics and papermaking as well as in cigarette smoke (19). It causes cancer in rodents. In humans, probably, and is still in question. The National Toxicology Program and the International Agency for Research on Cancer termed it as a “probable human carcinogen” (20).

If French fries and potato chips are from potatoes and potato chips are termed as a “probable human carcinogen” then French fries are cancer-causing (21). The statement is logical. The acrylamide activation at high temperatures is probably not the worst case of variations of potato foods (22). Potatoes are also on the Dirty Dozen list of fruits and veggies caused by the large amount of pesticides they can retain (23). So avoid them while they’re hot.

Salmon tastes good and is a source of omega 3, but canned salmon sounds much better than farm-raised salmon. Overcrowding of farm-raised salmon to raise a volume of fish leads to health issues (24). One observation is their color is not their natural one. Therefore, they’re fed with chemicals to have a reddish-pink hue meat you see often. Antibiotics and pesticides are also well-known carcinogens (25). Search the labels. They speak where the salmon comes from. 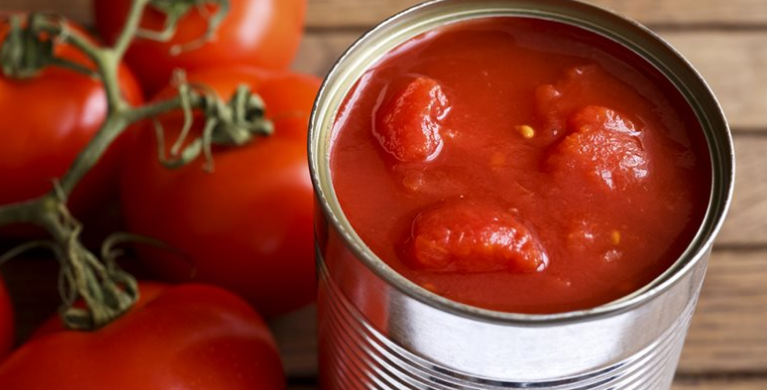 Some countries use a chemical named bisphenol-A or BPA for the lining in the cans of tomatoes and other canned foods (26). It is banned in other countries because of its toxicity. Tomatoes are acidic and can cause the BPA to leach out of the lining of the cans to the tomatoes (27). BPA has been linked to several issues like heart diseases, diabetes, and cancer (28, 29, 30). Glass jar lids also contain BPA, so it cannot be used as a substitute. Fresh, organic tomatoes might be the safest choice.

Liquid oil that is chemically processed to turn solid is called hydrogenated oil (31). It is used to increase the foods’ shelf life (32). When ingested, these alter the structure of human cell membranes (33). The doubled risk of breast cancer in women is caused by high levels of trans fat (34). Baked foods, deep-fried foods, margarine, etc. are those that contain trans fat.

Refined or white flour is natural flour that is stripped of all its nutrients. This type of flour underwent bleaching where chlorine gas was used (35). White flour is also high on the glycemic index, meaning blood sugar and insulin levels spike after eating (36). There is evidence that cancer-promoting effects are found in the process. A study stated that refined carbohydrates were linked to a 220% increase in breast cancer among women (37).

Damaged livers from alcohol abuse should not be a surprise. Other liver diseases include liver poisoning and liver cancer (38). Since 1988, the International Agency for Research on Cancer listed alcohol as a cancer-causing agent (39). Scientists have also found out that cancers are more common among heavy drinkers (40). Other cancers such as in the mouth, throat, breast, and bowels are developing due to drinking too much alcohol (41, 42).

14. Pickles and other salted food

Pickles are cucumbers that went through the pickling process of fermentation in salt, vinegar, and seasoning. They contain probiotics, which is good. However, they also contain too much sodium that makes pickles get linked to stomach cancer (43). Gastric cancer patients ate a lot of pickles than cancer-free patients. That’s what a team of doctors in Turkey found out. What keeps cancer away? Less than one large pickle a day.

A study showed a link between genetically modified corn and cancer (44). Genetically Modified Organisms (GMOs) are living organisms, mostly plants that have their DNA or genetic material artificially manipulated to deliver the benefit of the best produce and protected from insects (45). They are more prevalent in markets around the country. The health effects of these products have not conclusively been determined on humans, but it has been sensed to be harmful through time. 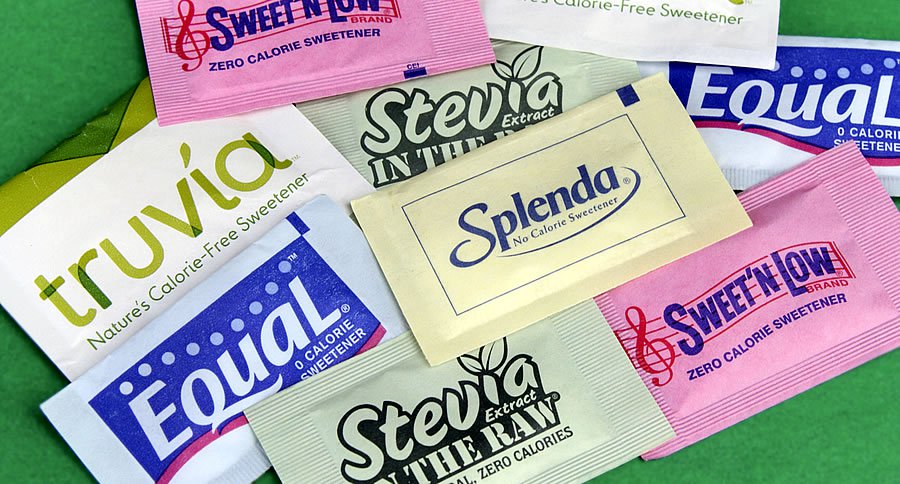 High doses of sweetener in rats, according to saccharin studies (46), showed that it caused cancer. Cancer was specific to rats because of their biological make-up and high doses of saccharin led to bladder stones and bladder cancer. In 2005, a study (47) showed that rats, which ingested aspartame (a popular artificial sweetener), developed lymphoma and leukemia. These rats, however, ingested loads of diet soda a day, roughly between 8 to 2083 cans!

Processed foods that have high levels of sodium, artificial flavors, and artificial colors to make them more appealing are less enticing when one learns the effects of eating this food. Chemicals in products such as diet sodas or low-fat dairy products have been linked to several types of cancers, heart problems, and other serious and potentially lethal health issues (48, 49).

Fats and cancer are linked limitedly, but eating foods high in fat can cause other health problems which could eventually lead to cancer, primarily obesity (50). Obesity increases the risk of bowel, pancreatic, breast and kidney cancer (51), while a low-fat diet can help you maintain a healthy weight and avoid this risk. 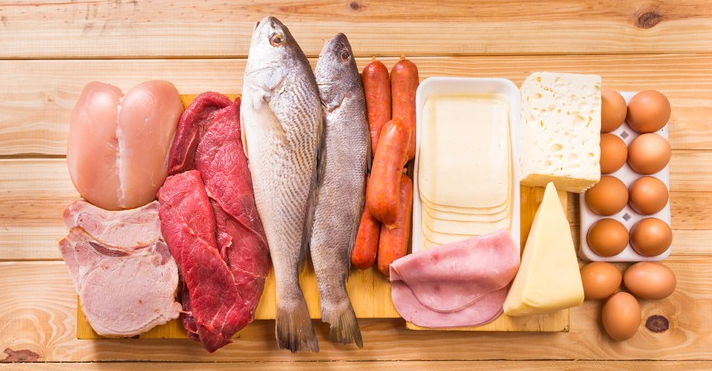 Cancer survivors need to stay clear and avoid eating non-organic animal-based products, which in other words, ‘go vegan’ as numerous research studies suggest that animal-based products are cancer cells’ favorite food (52), which makes them grow and develop. If one wants to live long without meat, maybe it’s time to be vegan. Dietary habits go on to the next level of finding vegan substitutes for dairy and meat.

Red meat and fish are typically smoked food. The smoking process retains large amounts of hazardous tar, known to be a carcinogen (53). Smoked meats are high in sodium and probably linked to bowel cancer (54). Barbecued foods should not be burnt on the outside as this can maybe cause cancer as well. 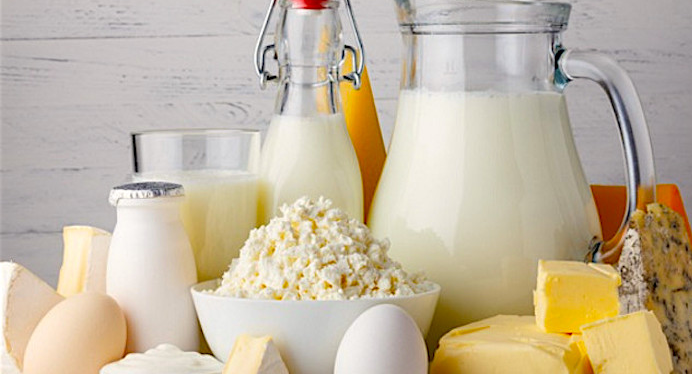 Increased risk of ovarian and prostate cancers, and possibly even breast cancers may be linked (55, 56) to the consumption of milk, cheese, and other dairy products. Further research is needed for the relationship. The Cancer Research UK indicates that milk help decreases the risk of bowel cancer because of its calcium amount (57). More discoveries to go in the long run.