If you are suffering from musculoskeletal pain, fatigue, memory and mood issues, you are having a disorder called fibromyalgia. It is highly believed that this disorder amplifies the sensation people have of pain by affecting the brain and its way of processing the pain signals. Therefore, the person is in need of urgent fibromyalgia treatment and luckily, both fibromyalgia pain relief medicines and natural remedies are available. 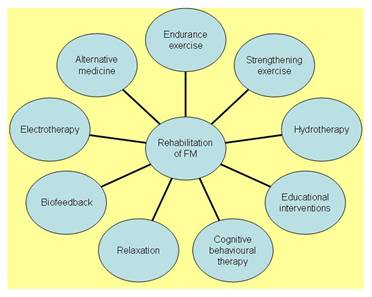 The standard treatments for this condition include antidepressants, painkillers, and anti-seizure drugs. This, however, is not a cure. The purpose of these medications is to reduce symptoms of fibromyalgia. In some cases even, these treatments do not provide the expected results.

The truth is, there is no single treatment for fibromyalgia. This is something that is done consistently, with a team approach of both medical personnel and experts and the person suffering from it.

There are numerous drugs used for fibromyalgia pain relief:

Aside from drugs and prescribe treatments, natural remedies are now more and more commonly used to release fibromyalgia pain. Let’s have a look at the top natural treatments recommended for this condition:

According to Dr. Weil, exercise is proven to be one of the best natural treatments when it comes to fibromyalgia. Sure, the pain in the muscles may worsen during the exercising period, but it dissipates within 30 minutes. The most effective exercises in this case are:

It is a known fact that good sleep can greatly influence the health of any individual, but this is also one of the best methods of reducing pain. Having regular sleeping habits can additionally help with improving both mood and energy levels.

There are two main relaxation techniques that are recommended for fibromyalgia pain release:

Yoga can be seen both as a type of exercise and a way to relieve the stress. This activity involves a lot of stretching that improves circulation and decreases inflammation. The patients suffering from Fibromyalgia can benefit from both the meditative part as well as the physical part of this technique. Doctor Camilleri has stated: “Yoga is one of my favorite alternative fibromyalgia treatments to suggest to patients.”

Practicing yoga regularly has shown to ease fibromyalgia symptoms. A research conducted at the Oregon Health and Science University also confirmed that yoga exercises can reduce the pain from fibromyalgia.

Another study conducted in 2011 came up with the same results. Patients were asked to take 75-minute yoga class two times a week for approximately eight weeks and this resulted in them experiencing less pain. Additionally, their cortisol level was greatly decreased.

Both these techniques are helpful in the process of relieving Fibromyalgia pain.

In 2006, fibromyalgia patients were included in research that split them into two groups, out of which the first one received acupuncture treatments. The group that used acupuncture as a method experienced increased anxiety levels and improved fatigue.

Additionally, a 2013 meta-analysis performed on 395 Fibromyalgia patients gave the same result. Patients were found to suffer from improved pain and stiffness in muscles.

Camilleri has claimed: “Acupuncture is not a slam-dunk fibromyalgia treatment, but very much worth trying,” . This treatment is known to increase blood flow to the inflamed areas and can often release fibromyalgia symptoms.

If you decide to opt for this treatment, you must be certain that you chose an experienced practitioner that will really help you relieve the pain.

Tai Chi is also an ancient Chinese natural treatment. This activity involves slow, gentle body movements that have proven to ease fibromyalgia symptoms in people. A research has shown that people practicing Tai Chi experienced pain release, slept better, and lowered depression levels. This method is longer lasting than others since its results can still be seen after as long as 24 weeks after the last activity.

There are many nutrition and supplement tips for fibromyalgia treatment available:

According to three studies conducted by the University of Maryland Medical Center, this supplement may greatly improve fibromyalgia symptoms that include fatigue, morning stiffness, pain, and anxiety. Scientists nowadays believe that 5-HTP is a natural way to fight depression and is presented as an alternative to anti-depressants. This is due to the fact that it raises serotonin levels and balances abnormal brain function.

The recommended dosage for everyone is 200 to 400 international units daily, but for fibromyalgia treatment, it is recommended up to 5000 IU daily.

Additionally, vitamin D can be received from sun exposure, so try to adjust the dosage for winter and summer.

If you are considering supplements as a natural treatment for fibromyalgia, consult your doctor first. There are some supplements that can react badly with the medications you are currently taking or can be unsafe with some medical conditions. Pellegrino advices on regular doctor consultation when it comes to natural remedies that treat fibromyalgia. He says: ‘’It’s important for a person with fibromyalgia to work with a doctor who is knowledgeable about supplements.”

Having this condition is not an easy thing for anyone and the constant irritating pain can often increase your anxiety levels and make your life highly stressful. The truth is, there is no certain fibromyalgia cure so far and individuals react differently to the various methods of curing this condition. In order to treat fibromyalgia, you must take a look at all the options you have available and discuss them with your doctor. You should try and make a plan that is both good for your overall health and your fibromyalgia problems. Try out some of the most commonly recommended natural remedies for fibromyalgia treatment as an addition to the medication you are taking. With the proper combination of exercise, meditation, and nutrition, you may find the perfect solution for your muscle pain problems.