Many physicians throughout history have treated patients due to the excruciating pain kidney stones cause. However many people still wonder, how does an object that seems to be inorganic appear within the human body? This question can only be answered by studying the most common causes of kidney stones. Causes, which to this date, have not been fully understood. This is a complex question and requires a rational analysis. First of all, it is essential to understand the great diversity of kidney stones. Not all kidney stones have the same shape, size or chemical composition. However, the kidney does share some characteristics which may seem irrelevant but can be useful and provide great insight. For example, all kidney stones originate from crystal salts which are dissolved in urine.  Which later accumulate to change states, into a solid phase? This means there could be similar mechanisms by which kidney stones are formed. 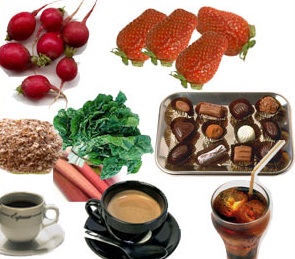 The definition of supersaturation is the elevated concentration of dissolved salts, in which the quantities of salts are above the possible amount in which they can dissolve. This condition is determined by the solubility of the salt, as well as the amount of the salt and the solution in which they are dissolved in, in this case, water.  The solubility of salts, in turn, is defined by the solubility constant (determined by intrinsic chemical characteristics) and by the solution’s pH and temperature. Therefore, as we will see further ahead changes in temperature and pH can either increase or decrease the risk of stone formation. A number of salts and solutions will be the result of physiological or pathophysiological processes ongoing in the body. Like the alterations in pH and temperature, alteration of the physiological process can result in an increase in the risk of kidney stone formation.

Certain groups of patients tend to be called stone formers because they repeatedly form kidney stones. These patients have a great variety of biochemical alterations and physiological dysfunction that can coexist. In general, they affect the characteristics that cause supersaturation of salts in urine. Some patients with renal tubular acidosis might develop kidney stones due to the alterations pH (it is important to recall it is not the only cause). Another example is a patient who suffers hormonal alteration that increases calcium urinary excretion. The increase in excretion will cause an increase in the concentration of calcium in urine, increasing the risk of kidney stone formation. Finally, patients who excrete less water can also increase the risk of kidney formation. The diverse processes converge in decreasing the filtration and increasing the reabsorption of water in the nephron.

Current research has created computer algorithms that calculate the ratio of the salt concentration which defines if the substance will dissolve or form stones. These algorithms yield a value of supersaturation. If this value is less than 1, substances will dissolve. But, if they are greater than one salt crystals will grow. Increasing the urinary volume in these models results in lower supersaturation values. This agrees with studies in which, in a clinical setting, the increase in urinary volume by values as low as 0.3 liters per day can result in a lower risk of kidney stone formation.

Another factor involved in the general mechanism of kidney stone formation is the existence of crystal salt growth and aggregation modulators. Among these molecules, there are many types of structures involved in this process, which include Osteopontin, citrate, calgranulin, albumin, nucleic acid fragments, and glycosaminoglycans. It has also been theorized that reduction in the synthesis and renal excretion of these substances can result in a greater risk of kidney stone formation.

Afterward, once urine supersaturation is established for general mechanism theories are used to explain the causes of kidney stones formation. These theories include growth on plaques, Bellini Duct plugging, and the free solution formation theory.

In 1937, while studying cadavers Randall found evidence of kidney stone formation in plaques from which he would create his plaque hypothesis of the formation of kidney stones. This theory is heavily associated with calcium oxalate stones, which often have idiopathic hypercalciuria. The process of plaque growth begins in the basement membranes in the thin loops of Henle. Here, the initial plaque is developed from matrix proteins and hydroxyapatite crystals. Afterward, due to the urinary tract endothelial lesion, the plaque becomes exposed to supersaturated urine (almost always calcium supersaturation) and the matrix is exposed. From this exposition, overgrowth begins and layers of protein matrix and crystal particles are formed.  It is important to mention that in this mechanism the role of urinary pH is still unknown.

Another theory seeking to explain the causes of kidney stones involves the Bellini Duct plugging. In this mechanism as a result of some unknown cause of injury, in the area near the plug, there is extensive epithelial cell damage and in the interstitium, there is lots of inflammation. This mechanism is associated with some calcium-phosphate stone formers, and not with calcium-oxalate. Like the plaques, there is an association of proteins with salt crystal, which upon exposition to supersaturated urine, results in growth and accumulation of crystals.

Additionally to plaque formation theory, there is a free solution theory relating calcium-oxalate and diverse types of kidney stones. Contrasting with other theories the process, in this case, is thought to occur in the lumen and results from the supersaturation effects in the nephron. Crystal salts remain dissolved until supersaturation reaches a level in which small crystal accumulation occurs. This can be described as homogeneous crystal nucleation, a process that will continue until they form kidney stones.

All of these mechanisms can be considered the process through which the stones are created. Therefore these are some of the mechanistic causes of kidney stone formation. On the other hand, according to each type of stone, there are different supersaturation causes of kidney stone formation. These are the process which will result in the supersaturation of several types of salts. They can be classified according to the chemical composition of stone, which are the following calcium stones, uric acid stones, cysteine stones, and struvite stones.

Calcium oxalate stones are formed through plaque formation mechanism, which involves the following biochemical alterations, hypercalciuria, hyperoxaluria, hypocitraturia, and hyperuricosuria. Hypercalciuria and hyperoxaluria will cause supersaturation through increased secretion of salts, while hyperuricosuria will diminish calcium oxalate solubility. Finally, hypocitraturia will decrease the anti-salt crystal formation found in regular patients.

Another alteration that leads to calcium oxalate stones is the hyperoxaluria. This condition can have primary, enteric and dietary causes. In the primary cause, we have gene mutations which result in the overproduction or extremely high rates of oxalate excretion. The last two causes of hyperoxaluria are the result of increased absorption of oxalate, as the result increased dietary intake or increased the rate of absorption in the colon. The increase of oxalate content in urine will result in an increase in the supersaturation (just like in hypercalciuria) and when they reach a certain concentration ratio will begin to coalesce as crystal until stones are formed.

Other causes of calcium oxalate stones are hyperuricosuria and hypocitraturia.  The first one will be the result of increased dietary intake. However one must keep in mind that diverse processes such as genetic metabolic deficiencies can also cause hyperuricemia and later hyperuricosuria. Hypocitraturia causes associated with kidney stone formation have not been described yet. However, several factors affect its excretion, such as the high levels of pH in urine, potassium depletion

Calcium phosphate stones are mainly associated with increases in supersaturation related to pH abnormalities. As a result of the increased supersaturation, the plug mechanism will initiate and result in the formation of kidney stones. Also, the previously mentioned alterations in calcium excretion also raise the risk of stone formations. The similarities and differences between the plug formation of calcium phosphate stones and the plaque formation of calcium oxalate stones are yet to be fully understood but the saturation process will be determined by the pH.

The process of uric acid stone formation is associated mainly with the process that mainly increased serum levels of uric acid or high levels of its excretion. However, a stone formation may occur in the absence of hyperuricemia or hyperuricosuria, which explained by alteration in the saturation of salts associated with decreased pH levels. Uric acid stone formation and low urinary pH are common with patients with gout, diabetes, and metabolic syndrome.  It is thought that a decrease in the excretion of ammonium due to insulin resistance is the cause of low pH and variations in supersaturation which will cause kidney stones.

Another cause of kidney stone formation is urinary tract infections which result in magnesium ammonium phosphate stones or struvite stones. These stones are the result of colonization by urease producing bacteria (which include proteus, klebsiella, pseudomonas, and enterococci).  Urease is an enzyme that cleaves urea and results in alkaline urine.

Finally, cystine stones are the result of increased excretion of cysteine and the posterior union of the amino acids resulting in dibasic amino acid. These coalesce and form large stones which sometimes form staghorn stones in both kidneys. Cystinuria is often caused by genetic defects of its metabolism or transport molecule in charge of its reabsorption.

The causes of kidney stones are numerous because of the great diversity of chemical composition of stones. Though they share some common mechanisms and characteristics in the formation of the stones, there are considerable differences as well. These will be the basis of upon which physician will study the patient to diagnose two things, the presence of a stone and the underlying cause if possible. Additionally, depending on this therapeutical options will be determined. For example, due to the differences in pH during the uric acid stone compared with the calcium stones, the pharmacological options will vary according to each disease. The causes of kidney stones have yet to be determined, but in order to do this, the recognition of the great diversity of kidney stones must be recognized.