Kidney stones have been described since ancient times, starting from the times of Hippocrates. Only recently science has been able to discover the physiopathological mechanism that results in the formation of kidney stones. However, kidney stone signs and symptoms have been studied and evaluated in patients for many years. 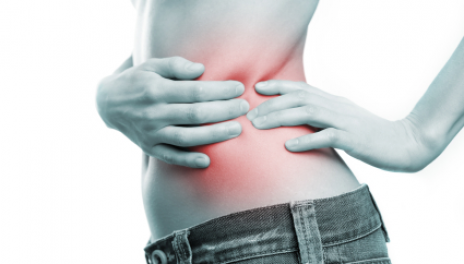 Among the symptoms of kidney stones, pain is usually the principal complaint of patients seeking medical attention. This disease is quite frequent and requires a prompt diagnosis due to the possible complications that can put the life of a patient at risk. The exploration of these clinical manifestations requires mastering basic and clinical knowledge in order to integrate and differentiate other diseases that can present with similar characteristics. For example, kidney pain is referred to as renal colic pain however there are many other causes of colic pain as well. Among the other causes of colic pain are lesions in the stomach, intestines, cystic ducts, hepatic ducts, the uterus, etc. The other causes of colic pain can also result in a severe complication that requires different treatment.

Therefore, knowledge of physiopathological and clinical aspects of colic pain is essential in order to quickly and efficiently treat patients seeking relief. However, the treating physician must be aware that kidney stones can also produce other variable secondary clinical manifestations.  These can also orient the physician to the adequate treatment of patients. The signs and symptoms of kidney stones are the product of physiological structures interacting with the solid structures producing specific clinical manifestations including pain and other secondary manifestation which will aid in a quick diagnosis of the disease.

All the signs and symptoms of kidney stones are the result of the presence of abnormal solid structures affecting normal physiological structures in the human body. The abnormal solid structure, kidney stones, are produced as the result of diverse biochemical alterations and their repercussions in the human body. The physician must recall these different biochemical alterations because they will cause differences in the chemical composition and location of the kidney stones. Due to the importance of the location, the anatomy of the urinary tract is an essential part of the characteristics of renal pain. These differences will affect the natural history along with the signs and symptoms of kidney stones.

A basic aspect of the origin of signs and symptoms of kidney stones is the urinary tract anatomy. There are four components in the urinary tract, the kidneys, ureters, the bladder, and the urethra. The kidneys are the sites of production of urine and thought to be the site of kidney stones formations. Each kidney has several minor calyces that will converge into major calyces. Major calyces, in turn, converge into the renal pelvis. Further ahead the union between the renal pelvis and the ureters called the ureteropelvic junction can be observed as the ureters proceed distally.

Another clinically important aspect of the anatomy are the areas of decrease luminal space, called physiological narrowing which can be described either upper, middle and lower narrowing. The upper and lower are the junctions of the ureters to the other urinary tract structures (the upper being the ureteropelvic junction and the lower being the ureterovesical junction).  These regions will be susceptible to the lodging of stones and cause great pain in patients.

The location of stones will be determined by the size of the stone, which in turn is mostly associated with the chemical composition. Because of this clinical evolution and the associated signs and symptoms of kidney stones by the anatomical location and chemical composition of the kidney stones. For example, as a stone reaches the ureteropelvic junction, the intensity of the initial mild pain increase. Later as the stone keeps moving as possible (sometimes size doesn’t permit the movement of stones) and pass down through the ureter, pain shift from the flank down into the groin. Also, if stones block the urinary tract at any of the physiological narrowings, signs of urinary alteration will appear. Finally, as previously the passage of the stone into the bladder might result in a decrease in pain. All of this determined by the passage of the stone through the urinary tract, which in turn is determined by the chemical composition. Calcium oxalate, calcium phosphate, and uric acid kidney stones will sometimes pass spontaneously. However, struvite and cysteine staghorn stones rarely pass spontaneously.

Another example is the unilateral presentation compared with the rare symmetrical presentation. Normally, kidney stones signs and symptoms appear unilaterally because they are usually formed unilaterally. But in some cases due to genetic deficiency related to cysteine stones, bilateral manifestation appears due to the presence of stones on both sides.

The physician must keep in mind that the evolution of signs and symptoms of kidney stones of the different chemical composition will not always be the same. This can happen either because sometimes stones of determined chemical composition will have different sizes. Also calcium, uric acid, and cysteine stones will have separate smaller stones. Additionally, special consideration should be taken with stones as the complication of some disease. Such as nephrocalcinosis, or the abnormal deposition of calcium crystals in the kidney’s parenchyma, which sometimes can produce calcium stones.

The location of kidney stones’ clinical significance was described as it was related to its relation to the chemical composition of stones. However, the amount of information about the signs and symptoms of kidney stones disease one can acquire from the patient is much greater. They will determine in a great manner the characteristics of pain and other clinical manifestations in the presentation of kidney stones.

The general description of kidney stones signs and symptoms can be described according to three phases. In the first phase, there is vague pain that progressively becomes more intense. (Or if the patient was sleeping, initiate acute and intensely). This pain is also described as constant and is found in the region of the flanks. This location of the pain is usually attributable to the location of the stone in the kidney. The duration of this phase ranges from 30 minutes to six hours. Afterward, the pain becomes colic in nature and shifts inferiorly as the kidney stone descend in through the different portions of the ureter. This cute intense unilateral pain in the lower aspect of the abdomen or which is not alleviated by postural changes and remains relatively with the same intensity (with intermittent partial relief) for about four hours. Additionally, pain is commonly referred to as the groin or vulva and lower abdomen. Upon arrival to the distal ureter, dysuria, urinary frequency, and bladder instability can occur. In the third phase, there is relatively fast relief of the pain. Additionally, throughout the episode, the patients on certain occasions experience nausea and emesis.

Renal colic is the main kidney stone symptom, however, there is a great diversity of causes of abdominal it is essential to understand the physiologic basis of the pain present in kidney stones disease. Pain is the mechanism by which the body notifies some type of injury. It is transmitted by specialized nerve fibers that innervate nociceptor or pain receptors. These nociceptors are activated by numerous chemicals upon their secretion as a result of the lesion to the diverse tissue. Specifically, in the renal and ureter pain is caused by either stretching of structure or direct lesion to the mucosa.

Nociceptors related to somatic pain which is easily localized. This is the case for pain in the skin and its appendages along with pain in skeletal muscles. However, renal colic is transmitted by together with sympathetic fibers resulting in a visceral type of pain, which as certain characteristics-

Visceral pain is a pain product of the inflammation or lesion of internal organs, and contrasting with somatic pain it is not easily localized. Often it is referred to diverse areas of the bodies which do not necessarily correspond to the location of the lesion. There are numerous theories seeking to explain this phenomenon, but many associate the referred pain area to a common embryological origin. For example, lesions to the heart cause pain in the dermatomes T1-T5, referring pain to the left arm and hand. On the other hand, renal lesion causes pain in the dermatomes T10-L1, referring pain to the flanks, lower back, and the inguinal area(specifically through the subcostal, genitofemoral and ilioinguinal nerves).

Another chrematistic of renal colic is seen in its name, colic a particular type of visceral pain. True colic is defined by Cope in his famous book Early diagnosis of the acute abdomen as “rhythmic attack or paroxysm of pain with intermittent periods of partial or complete relief”. Additionally, it is mentioned that pain tends to be “acute, agonizing, spasmodic pain that usually causes the patient to double up”.

The rhythmical characteristic of colic pain is the result of the peristaltic contraction of involuntary smooth muscle found in the muscular tube of internal organs. Therefore, the initial mild flank pain is not true colic due to the differences in all previously mentioned characteristics. It is important to recognize that even though colic has very particular characteristics, it can be the product of any visceral pain originating from tissue with peristaltic contractions. For example, the stomach, the intestines, cystic duct, hepatic duct, common bile duct, the gallbladder, pancreatic duct, the ureters, the uterus, and the fallopian tubes can present with colic pain.

The non-urinary secondary symptoms can be present as the result of a lesion in the urinary tract or other abdominal organs. For example, due to autonomic nervous system activation, there might be autonomic signs such as pallor, wake pulse, subnormal temperature. Additionally, due to the common medullar innervation through the celiac axis and vagal afferents, vomits and nausea can be present.

As stones pass through the urinary tract they can cause lesions in the mucosa of the ureters resulting in kidney stone signs and symptoms, which aid the clinician to differentiate renal colic from other abdominal causes of colic pain. Among these are pain during urination, alteration of urinary frequency and other urinary affection, which are normally not present in disease of other abdominal organs.

Even though the etiology has not been completely described, the signs and symptoms of kidney stones have been extensively described. Based upon a knowledge of what is known of stone formation, the associated biochemical alterations and the anatomical locations of stones, the physician can understand the underlying mechanism of the clinical manifestations. This knowledge will prove essential in the moment of making a diagnosis. The physician must not only identify the existence of the kidney stones but also its characteristics which can be inferred from the medical history and clinical examination. However, they are more precisely studied in the diverse testing, such as biochemical and hormonal profiles or the imaging studies. All of this to ultimately treat the patient to reduce or eliminate the principal symptom of kidney stones acute severe pain. Bottom-line, treatment will depend on the accuracy of the diagnosis, and on the knowledge and experience of the physician.