There is no one test or measure that can be used to make an MS diagnosis. Instead, the diagnosis often relies on thorough exams that rule out other conditions with similar signs and symptoms. This is also called a differential diagnosis.

Doctors use a variety of tests to help confirm an MS diagnosis and rule out other diagnoses. When diagnosed, MS requires treatment to help decrease the signs and symptoms and increase the person’s quality of life. 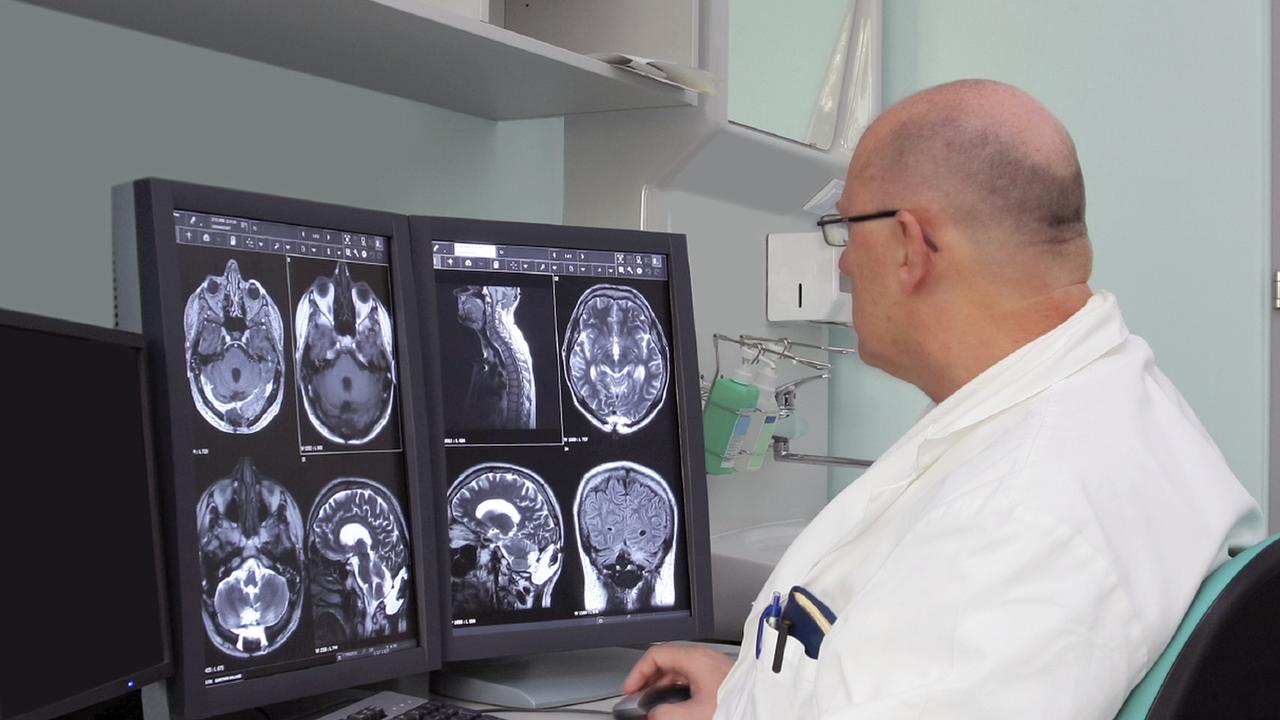 It’s recommended that patients who experience symptoms related to MS go through a series of thorough check-ups. This usually involves:

An MRI is commonly used to look for changes, or lesions, in the nervous system, that are characteristic of this disease. MRIs generate images of the brain and spinal cord that can show lesions in the nervous system that occur in MS. When getting an MRI, a contrast agent or special dye is injected into the veins of the patient. In patients with MS, the blood-brain barrier can be disrupted and this may cause the dye to leak into the MS lesion, which is imaged by the MRI.

Aside from these tests, a doctor may also recommend what are called evoked potential tests. These tests use electrodes and electrical signals to perform a series of painless tests. The electrodes are placed on the skin and an electrical current is applied, with the purpose of measuring the speed and accuracy of the stimulation response in the nervous system.

A lumbar puncture can be also used when diagnosing MS. In this procedure, a doctor obtains a cerebrospinal fluid sample, which allows them to look for inflammatory cells that are commonly associated with MS. Additionally, this MS test is used to rule out diseases that are closely related to MS, such as certain infections and other illnesses.

When signs of MS are found in the nervous system and all similar diagnoses have been ruled out, the doctor will diagnose the patient with MS.

The course of this disease can differ in patients, which is one of the main reasons doctors find it difficult to predict and diagnose MS.

If you are wondering if you have MS, it’s important that you share all your symptoms and a complete medical history with your doctor. This is important to make sure they have all the information necessary to rule out other conditions.

In a majority of cases, MS starts with an initial case of signs and symptoms followed by recovery. This is referred to as relapsing-remitting MS. The recovery is sometimes complete, but in many cases, it can be partial.

The timing of a second onset varies greatly among individuals. It may be weeks, months, or even years before the second attack occurs, after which another recovery period will typically follow.

Those who are diagnosed with relapsing-remitting MS are done so in a straightforward way. The diagnosis is often based on the pattern of symptoms that are common with this disease and confirmed by MRI or similar brain scans.

Other forms of Multiple Sclerosis

When it comes to diagnosing unusual symptoms of the progressive condition, extensive testing is often needed. This may include spinal fluid analysis, additional imaging, and evoked potentials.

Determining the correct diagnosis for MS is highly important, especially because the treatment is usually designed for only one particular type of MS. A physician typically follows specific criteria in order to determine a diagnosis:

Other Conditions that Cause Demyelination

As previously stated, there are many conditions that also result in demyelination and can be mistaken for MS. In order for a doctor to determine a proper MS diagnosis, they must rule out other possible conditions.

MS is the most common condition that leads to demyelination. However, others include types of viral infections, severe vitamin B12 deficiency, high exposure to toxins, certain autoimmune conditions, and some hereditary disorders. Demyelination of the nervous system can also be a result of Guillain-Barre Syndrome. In this condition, the body’s immune system attacks the myelin sheath that surrounds the peripheral nerves.

MS is a serious disease. If one is diagnosed with it, steps must be taken to treat the patient quickly and effectively. Therefore, it is of utmost importance for a doctor to make the right diagnosis and to take the measures necessary to improve a patient’s outcome.

To learn more about MS and its diagnosis, visit the links below: