On a daily basis, physicians face a complex task, diagnosing and treating a great number of diseases. Many of these diseases are only partially understood, which explains why there is considerable uncertainty when managing the disease. The identification of molecular alterations often yields methods to screen, diagnose, and treat. Prostate cancer is an example of this. Prostate cancer is one of the most common cancers and causes of mortality by cancer in men. However, the causes of prostate cancer have not been clearly identified, only a handful of risk factors and their possible mechanisms are found in current literature. 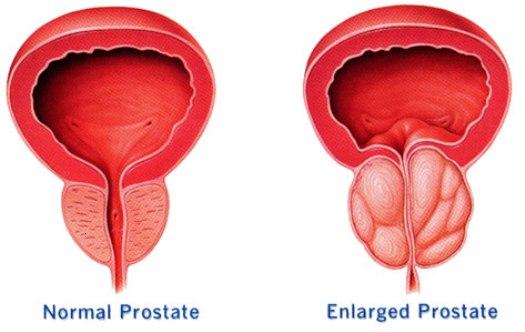 The prostate is a sexual glandular structure found near the base of the bladder and anterior to the rectum. It is involved in the production of secretions which along the secretions of the seminal glands and the bulbourethral gland will compose semen. Most prostate cancers derive from the glandular tissue, because of this about 95% of all prostate cancers are adenocarcinomas. Also, the prostate has particular interaction with the basal membrane and trophic responses to hormonal. Alterations in these interactions and responses are involved in the process of transformation of regular glandular tissue into malignant tumors.

Glandular epithelium, the histological origin of most prostate cancers, is composed of two layers, a basal and a secretory layer. The first, the basal layer, is responsible for the proliferation of cells which will differentiate into the cells of the secretory layer. The stem cells in the basal layer lack or have low amounts of androgen receptors, the structures with the main mechanism of transduction of hormonal signaling in the prostate gland. However, cells in the secretory layer and mesenchymal stroma cells do express the receptor. The activation of the receptors in the secretory layer, mediate changes involving the glandular secretory function of the prostate and signaling pathways the mediate trophic signals in the prostate. The androgen receptors in the mesenchymal cell regulate the proliferation and survival of the basal cells, by producing growth factors and other proteins.

In order to regulate and limit the proliferation and survival signals, cells have autocrine and paracrine signals which limit cellular response. Among these is the insulin-like growth factor binding protein, which inhibits the union of the associated growth factors to its receptors. Also, basal cells secrete the beta-tumor growth factors which have growth inhibitory effects.

Alterations in any part of these signaling pathways or their regulatory mechanism can be associated with dysregulation of proliferation and survival of cells. As such, these alterations, usually somatic mutations, are considered some of the possible causes of prostate cancer.

Molecules that initiate the process of carcinogenesis are called carcinogens. If they originate from the environment they are considered exogenous. Exogenous carcinogens include physical, chemical and biological causes. Other carcinogens derive from within the human body, therefore they are labeled as endogenous. Often, both exogenous and endogenous carcinogens will interact with inherited alterations to induce lesions and genetic alterations which result in malignant cellular behavior. Therefore, it is essential for the causes of prostate cancer to induce malignant cellular behavior, which has been summarized as the hallmarks of cancer. The six classical hallmarks are resisting cell death, sustaining proliferative signaling, evading growth suppressors, inducing angiogenesis, enabling replicative immortality, activating invasion and metastasis, the evasion of immune destruction and the dysregulation of cellular energetics.

Specific causes of prostate cancer have been described by epidemiological studies as inherited and environmental causes. Studying risk factors provides a good framework in which the etiology of cancers can be identified.

Race, ethnicity and family history, can represent the nature aspect of carcinogenesis. These risk factors could be the result of unidentified genetic alterations or polymorphism resulting in an increased predisposition. Studies have shown that persons of African descent have a greater risk of suffering from prostate cancer when compared to other races. Other studies have that Asians and Hispanics compared to non-Hispanic whites have a lower risk of prostate cancer. Family history is another risk factor, a patient with a father or brother with prostate cancer has a higher risk factor (double).

The first gene RNASEL, was previously known as HPC1 and thought to be a tumor suppressor gene. Because it was one of the top candidates for being responsible for prostate cancer it was named HPC1 (hereditary prostate cancer 1). However, the gene at 1q24, we now know, codes for RNASEL, which is a protein involved in the regulation of cellular responses to infectious agents. Inactivation and polymorphism in this gene seem to increase the risk of developing cancer, but the relationship is not as clear anymore.

BRCA1 and BRCA2 are two genes whose inherited mutations commonly known to increase the risk of breast and ovarian cancer in women. But mutations of these tumor suppressor genes are also responsible for the development of a small amount of prostate cancer. These genes are essential to help repair errors in the genetic material of a cell or ensure the cell dies if the error is not fixed.

Other inherited genes associated with both, other conditions and prostate cancer, are genes MSH2 and MLH1 whose functions are involved in fixing mismatches in DNA. During the period before cellular division DNA replication occurs and sometimes errors can occur during this step. These tumor suppressor genes code for the MutS protein homolog 2 and MutL homolog 1 are proteins that form part of several DNA repair complexes. It is generally known that their dysfunction is associated with Lynch syndrome, also known as hereditary non-polyposis colorectal cancer. However, mutations in these genes also raise the risk of prostate and other cancers.

As previously mentioned, the causes of prostate cancer are not mainly inherited, but most mutations are acquired. Through life, these genetic mutations will accumulate in certain tissues. Because of this sometimes acquired gene mutations are described as somatic gene mutations, because they will be present in only certain parts of the body. The causes that will be identified in the future as the origin of the acquired genetic alterations will be described as the definite causes of prostate cancer. For now, no factors have been proven to be an important cause of acquired mutations. Either way, many of these mutations have been identified such as PTEN, TP53, MYC, and AR. These genes are also grouped as tumor suppressor genes and oncogenes.

Among the tumor suppressor genes are PTEN and TP53. PTEN, a gene which encodes for the Phosphatase and tensin homolog is a tumor suppressor gene that suppresses cell proliferation and increases apoptosis in cells. Mutations in these genes are constantly identified as causes of the progression of prostate cancer and the development of androgen-independent growth and metastatic capabilities. However, in contrast to the inherited genes and certain other genes, these mutations do not seem to be involved with the initial process of cancer development rather in its progression. Another gene involved in the progression, but not the initial development is TP53, a commonly recognized tumor suppressor. This gene has many tumor suppressor functions such as cell arrest in response to DNA damage, induce apoptosis in cells, and sentences after telomere dysfunction appear.

Oncogenes can also be a cause of prostate cancer by inducing abnormal cellular behavior. Some of the relevant oncogenes in prostate cancer are MYC and AR. Like HOXB13, MYC codes a transcription factor that regulates several cellular processes such as cell proliferation, senescence, apoptosis, and metabolism. It interacts with many pathways and its alteration can have lots of consequences. Mutations in the MYC gene are associated with many other cancers, making it a general causes of prostate cancer. Similarly, mutations to the AR can also cause prostate cancer. The AR gene codes for the androgen receptor, which has previously been mentioned to have pathways are involved in the growth and proliferation of prostate glandular epithelial tissue. In tumors, these genes are over-expressed, causing hypersensibility to androgens.