Fibromyalgia is a complex, common chronic pain disorder. This disorder is characterized by pain that is widespread and touch tenderness. The tenderness in the cases of fibromyalgia can occur throughout the entire body or migrate from one place to another.

Fibromyalgia affects people on many levels. Its symptoms of tenderness to touch and widespread pain affects the physical, social and mental health of patients.

There is no cure for this condition. There are many approaches to managing and relieving the symptoms of fibromyalgia and treating this condition, but there isn’t a cure. Fibromyalgia is a condition that has existed for a long time but was previously often misdiagnosed with rheumatism. The term ‘fibrositis’ was introduced and described for the first time in 1904 by Dr. William Gowers. This lecture was held on Lumbago and was aimed to indicate to the inflammation present in patients diagnosed with rheumatism.

As science advanced and this disorder became widely researched, it was soon discovered that the inflammation of arthritis is not the same as the one in fibromyalgia. In 1976 the fibromyalgia syndrome was first adopted for this particular condition. The part that said syndrome was actually added because this specific term allows different symptoms of the condition to be compiled into one disorder.

In the late 1990s, this syndrome was renamed to fibromyalgia only. The reason behind this change lies in the research that began to discover additional scientific evidence of the condition being a distinct entity. Even though this is now the familiar medical term, it still baffles both patients and doctors.

Fibromyalgia is a state of chronic pain. This state occurs when the nerve stimuli cause pain in a patient. The pain mainly originates in the body tissues, so the pain increases with movement and strenuous exertion.

There are only a few individuals that suffer from the congenital absence of sensing pain. Pain is important because it points out the irregularities in the body. The individuals that do not sense pain cannot fare well because many bodily attacks and insults go unnoticed and therefore, untreated. As a result of the acquired pain sensation deficiency in cases like neurosyphilis or diabetic neuropathy, people develop destructive arthritis. This may be the result of many minor joint injuries that haven’t been noticed and have been overlooked. 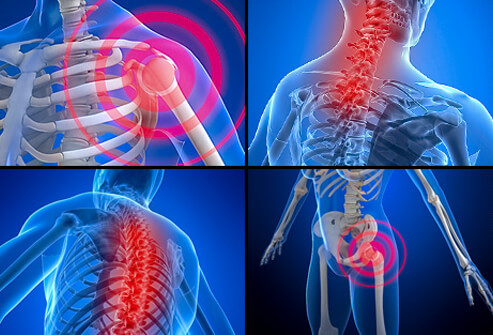 So, pain is a very important part of surviving and staying healthy. It occurs in even the primitive amoeba so that it can take action of avoiding. In such cases, this is somewhat of a reflex because primitive lives do not have the brain of a human and its complexity to feel the same amount and sense of pain. The unconscious reflex pain reaction is very rapid and often occurs before the pain sensation actual awareness. However, in the case of humans, the actual pain sensation experience is real and strong. Such an actual pain sensation implies that several brain parts are being involved in the reaction to the pain.

Research on chronic pain is highly present over the last few years. Many of these discoveries found a special relevance to the pain of fibromyalgia. The main symptom of this condition is actually chronic body pain. What research has found is that hyperalgesia focal areas are found in the tender points. This implies to localized spots where the pain threshold is reduced. This In term, points to peripheral pathology. Tender points occur at the tendon junctions of muscles in most cases. This is the spot where micro-injuries are most likely to occur. The majority of fibromyalgia patients have such skin and pain threshold with the reduction of pain.

Fibromyalgia is a condition with mild so severe symptoms and is life-altering to its patients. In most cases, it is seen as chronic pain ranging from the head to the toes on the legs. This particular pain wanes as time goes, but remains even when patients use medications and go through fibromyalgia treatments.

The pain of fibromyalgia is mostly explained as deep, strong muscular aching, stabbing, throbbing, shooting, pounding and in many times, almost unbearable. This makes it clear why people diagnosed with fibromyalgia cannot sleep well and wake up often in the middle of the night. Even if they manage to sleep during the night, they have morning stiffness or spasticity in the morning. This makes it almost impossible to move in the morning.

Movements that are repetitive can worsen the symptoms of this condition. Therefore, fibromyalgia patients limit the activities they do and avoid exercise routines. Because of this, such patients are usually physically unfit and this makes the symptoms even worse.

Many people avoid activities because of the fatigue too. When they have difficulties in performing their everyday tasks, keeping their jobs or taking care of their kids properly, it becomes a big problem. In many cases, the pain and fatigue make them feel like cement is weighing down their arms and legs and any activity takes too much effort.

In 1913, a physician named Luff explained the fibrositis symptoms in the British Medical Journal. His discoveries unraveled worsening of the symptoms of this condition when the air pressure falls and it started raining. This phenomenon is still something common and unexplainable even today. What his writing explained was how fevers, temperature variation, and even motor accidents can worsen the fibromyalgia symptoms.

Smythe has clearly described this disease in 1972 while providing a detailed explanation of both the widespread pain and the tender points. Also, in 1975  electroencephalogram study was performed. This was the first sleep study connected to fibromyalgia.

At this particular moment, 1 in 20 people in the world suffers from the chronic pain syndrome of this condition. Along with the pain, the patients experience a wide range of other symptoms including headaches, depression, anxiety, irritable bowel syndrome, fatigue, cognitive difficulties, and menstrual irregularities.

There is no limit as to who can be diagnosed with fibromyalgia. This condition can affect any person, of any age and any sex. However, there are certain people who are more at risk of developing this condition.

When it comes to fibromyalgia and gender, women are much more likely to get this condition than men. Generally speaking, at least 7 times more likely. So, the approximate percentage of women out of those affected ranges between 80 and 90%

The exact cause for this prevalence in gender is still unknown. However, many hormonal hypotheses are put forward at the moment, with the aim of explaining why females are prevalent in terms of fibromyalgia.

Fibromyalgia is most commonly occurring between the ages of 20 and 60, mostly among women. It is assumed that this happens because this particular period is their reproductive period. Since diagnosis is most typically made during this period, some connection must exist.

Aside from people of these ages, this condition can also affect children and the elderly. However, in the cases where children are diagnosed with fibromyalgia, there is often a slower development and milder symptom manifestation.

There are several theories that suggest that the serotonin levels in the brain increase the risk of developing this condition. Lower levels of this chemical messenger located in the brain are known to increase sensitivity to pain and lower threshold of pain.

Also, the growth of this hormone deficiency has been speculated to be found among the patients of fibromyalgia.

There are certain genes that can run in families known to predispose the developing of fibromyalgia. People with family members diagnosed with this condition are generally at higher risk of developing it too.

If patients suffer from sleep apnea, snoring or sleep disorders, they are more prone to developing fibromyalgia. Also, lupus patients are at an increased risk. Actually, up to 30% of all lupus patients are expected to be diagnosed with this condition at a certain point.

Diseases in joints and bones can predispose someone to develop fibromyalgia. The percentage of osteoarthritis patients diagnosed with this condition too ranges from 10 to 15%. Also, the risk is higher if a patient is diagnosed with Anklosing spondylitis.

Fibromyalgia can develop after a certain physical trauma. Such trauma is the most common in cases of traffic accidents, sports injuries, etc. The pain gained in the accident may remain and become chronic. There is also the development of those tender points described above that are characterized by fibromyalgia.

People are diagnosed with this condition almost daily. Because of the fact that the main symptom is chronic pain, this condition may alter the life of the patients. Living with constant throbbing, unbearable pain can limit people in finishing their everyday abilities, functioning properly and doing some exercises and sports. This is why it is very important to support these people, especially if they are in your family or in your job place. Being diagnosed with pain that never stops and cannot be cured is not an easy thing to live with. However, with proper treatment, the symptoms may be significantly reduced.